From the Wetware: dotting i's and crossing t's 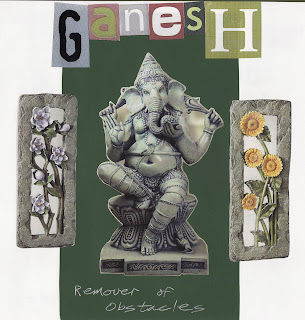 Hola, faithful readers - time for another channel "from the wetware." (hm, maybe I should make a blog about this, especially if this becomes a regular thing. Sitting with this possibility...)

Are we having fun yet? ;-)
Yes, I'm asking that question with tongue firmly in cheek.
Depending on where you are in your (spiritual) journey, you're feeling stuff moving in, moving out, moving up, moving down, or moving all over the bloody map so much, you have no idea which way is forward!
Well, I can say this for sure: all is unfolding according to the plan you (yes, YOU!) mapped out before incarnating in this place and time you find yourself in. So no worries on that front.

Still not convinced? I don't blame you. There have been times along the way when I've been in prayer and muttered to myself, "You're kidding, Great Mother - right?" Then I've heard Her laugh, which had led me to mutter dark imprecations under my breath...but I digress.

I can, however, reveal this: everything that's moving will probably slow way down, if not stop completely, starting the day after tomorrow, for a few weeks. The reason can be summed up in two words: Mercury Retrograde.
For those totally new to the astrological viewpoint - no, this isn't the 2011 model coming out. (If I remember correctly, the decision has been made to stop making Mercury-brand cars altogether. Oops, digressing again!) What this means...3-4 times every year, the "teeny" planet Mercury (teeny in comparison to the other planets, that is!) looks like it's going backwards in the sky for about three weeks, give or take. Then it begins to move "forward" (aka direct) again.

In metaphysics, this translates into communications tending to go haywire, as Mercury was the Roman God of Messages and Communication. Now, while there has been much hoo-ha (my very scientific term - lol) thrown around about the Mercury Retrograde periods, this is, in truth, a lovely opportunity for a cosmic check-in with/in your*self.
Take a little downtime and take inventory of everything in your life: is everything going smoothly? Is it all a honking big mess? What can be done at this time to set things aright - knowing that implementing any course changes will abide until Mercury is going direct among the stars.

Next: from following other peeps' metaphysical e-letters & postings, I've seen over and over again that the "theme" for this year has been Holding the Vision. This can be a small vision, like purchasing that new car - or it can be a big vision, like Harmonious World Community...or somewhere in between.
The point is, we the Lightworkers especially have been holding the vision for the rise of a new consciousness to blossom in the "dark & remote corners" of the Collective. The time is drawing very near for that Vision to be unleashed upon the world - but not just yet. (insert group groan here) ;-)

This particular Mercury Retrograde episode, we're all being encouraged, Lightworker or not, to get out that Grand Vision we have and go over it One More Time, with a fine-toothed comb. Has every "t" been crossed, every "i" dotted? Do you need to make a re-vision to the Vision? If so, this is time for it.
See, we are nearing the end of the time of "sacrifice," where you've given up what you've been holding onto, and the beginning of the Second/Main Harvest, wherein you reap what you've sown, and receive the Full Bounty of the Mother! :-) And yes, there will be a descent, with a great Planting of the Vision - but first things first.

Make entirely sure and certain that your intentions are clear and concise right now. Mark those places where Ganesh can remove those pesky obstacles for you...because come mid-September, we're moving forward again at Full Throttle!
Are those seat belts securely fastened, pulled tight, and riding low on your hips? (Can you tell I've flown much?) ;-)
Posted by Victoria SkyDancer at 11:34 PM 1 comment:

Moving into "the Zone"

This pic of me So Totally Rocks! (Mebane, NC 7/10. Photo by DragonHeart, my dragon sister.)

Something I neglected to mention when I was gushing about my latest adventure out to North Carolina...I found myself in what is popularly called "the Zone."
Basically, I was the Priestess. I was the Healer. I was the shamanka walking effortlessly Between the Worlds. For the first time, I realized the full extent of what it means to be standing in my Authentic Power - and let me say, it felt SO damn good! :-D
I felt Light. Open. Expanded and Expansive. Everything flowed effortlessly.
Not all the opportunities I beheld to Work my magick came to pass, but I've bookmarked several possibilities for the next time my home tribe gathers...and that's okay.

As always, the challenge has been taking what arose during the retreat and integrating it into my life As It Is Now. It's been interesting what's come up since. 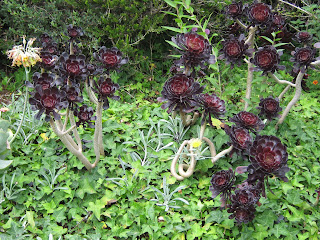 If you've been following along, I mentioned last time that we were entering a "sorting phase" in life. I, too, experienced some sorting of my own as the moon disappeared from view.
Just because I've reached a certain point in my spiritual journey doesn't mean I'm done doing the Work. HA! Au contraire - I'm slogging along in the trenches right beside everyone else!
This time around, I came face to face with my "stuck" feelings...not wanting to move forward on my own, instead wanting someone to come help me out. Do the "dirty work" for me so I can fly free and clear, I was asking.
There is, however, only one person who will do my "dirty work." ME.
Interestingly enough, in examining these feelings, I found the root of this "stuck-ness," and did the necessary re-writing of my Story to unstick myself. (A shout out to one of my newest friends, the shining Miss A., for pointing me in the right direction!)

Now, the new moon is upon us, along with another pulse of energy bathing the Earth. (Get used to these pulses; they're going to be coming regularly and awesomely for the near future!) Now I feel myself moving back into "the Zone" where I was in North Carolina...and brand new options are presenting themselves for my purview, one of which may lead to slaying the Debt Monster for good - and giving me what I desire most: free space to (re) invent myself, yet again.

The greater test of faith is unfolding for me in California, as I consider the full extent of what it means to be In Service to Queen Califia...
Posted by Victoria SkyDancer at 4:59 PM No comments: