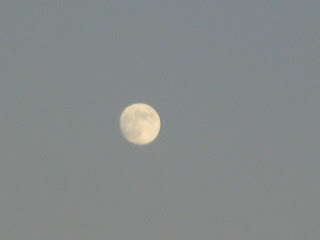 So I really was intending to blog a few days ago to discuss the Second Harvest, which falls at the Fall Equinox, aka Mabon, in the Northern Hemisphere. I was going to talk about giving thanks for all of the abundance in your life and holding that vibration of gratitude as we move forward.
However.
The Universe had other ideas.

As the moon waxed to full at just about the same time we hit the midpoint of Autumn, I got a huge download of energy in my life. Physically, it felt like I drank a six-pack of Red Bull; I was humming on all cylinders and feeling uber-enthusiastic about Life, the Universe, and Everything again, even with a rare bout of insomnia thrown in for variety! This was especially refreshing after the major heavy lifting I'd been doing in my soul and in the Astral planes, clearing out some very deeply held "muggle-muck" from my system, and from the Collective as well, if my suspicions are correct.
In my environs, I transformed into the Decluttering Diva, tackling first my bathroom, then the kitchen! I have yet to go underneath the kitchen sink (can we say "hazardous waste dump," boys and girls?!) but those areas that have been decluttered and reorganized look and feel much better - the chi is beginning to flow nicely! :-)
As for the wider world at large, I suddenly found myself with not one but TWO job interviews on the same day! (Yes, I am still doing something of a job search, mainly to keep mother from yelling at me. Do me a favor and don't tell her, 'mkay?) I made both of those interviews and will see what, if anything, comes of them. On the metaphysical front, I'm way more excited about giving out my first two intuitive readings over Skype this past week! They will be the first of many as I raise my profile in the world, I'm sure!

Looking back, it's been six months since I left the muggle-job world for the second time. It occurred to me as I was summing up the time that had passed between harvests that this time has been, overall, low-key. Sure, there's been movement and excitement and lovely things happening in my life between the Equinoxes, but it feels like I was detached in certain ways.
I was stepping out of the "reality" that is commonly agreed upon and into the wider space of What Truly Is. In doing so, there were certain long-held Shadows that had to be realized, assimilated, and transcended...for they would no longer fit within me in this new space that I was/am coming to inhabit more and more fully. (I just read back what I've typed and the only thing I can say is, "Whoa!" Instant channeling - COOL!)

So, yeah - this is the second of the three Harvests. This is usually the most jovial of the Harvest celebrations, because we are basking in the Bounty of the Great Mother that we are taking in, and awestruck at just at How Much we truly have! Give Thanks for your personal bounty (and yes, there are positive things that are bounty*full in your life!) and hold that vibe of Gratitude first and foremost in your awareness for the next little while. Eventually you might surprise yourself by being able to hold it every day. You never know...

And if we're indeed all interconnected on very deep levels, then I will simply advise against putting too much stock in the plans you make - for your day/week, for your future, for your life overall. I say this because: since the new moon earlier this month, most, if not all, of the plans I've made in my life have been tossed out the window, over and over again, in favor of experiencing what is unfolding within & before me "in this very moment."
Fortunately I have very cool friends who understand the concepts of flexibility and fluidity - and if they don't, they're keeping their own counsel. ;-)
Ergo, if I'm getting a "parameter revision" to be less structured and more free-form in my life, odds are there's at least one other person also receiving this "revision." If said person is reading these words...hello, friend. No worries; we're all swirling in the soup together, as a very wise woman once said.

Posted by Victoria SkyDancer at 12:15 PM