Today is apparently a day of rest for me, for the plans that had spontaneously manifested over the past few days just as spontaneously melted away a few hours ago. I find myself in a still-point, a cosmic pause between momentous activities and shiftings of shape...so I say HO! and relax. Today has been a "geek day" for me, as I've been frolicking in cyberspace. ;-)

So, to sum, I have been doing Deep Work these last two (and a little bit) weeks. Viz: 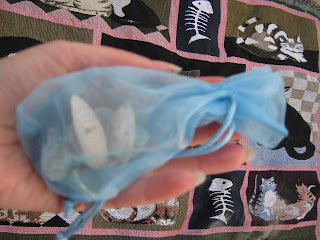 Take one juju bundle of shells, stones, and sea glass... 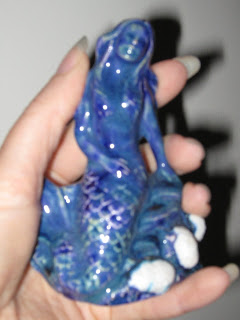 Add one mermaid (for Yemaya, the Ocean Goddess, who appears as a mermaid now and again) 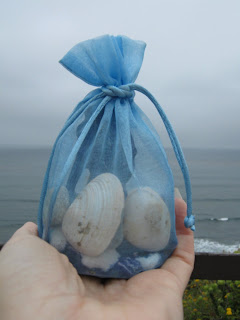 ...and voila! Healing Ocean Juju, primarily for the Gulf of Mexico, and also other spots in the sea that need some Divine Intervention!
While I'm thinking about it, I invite you to go here to see the inspiration behind the creation of this juju bundle. :-)

As Within, so Without - simultaneously, I've been Working very intensely on myself (what else is new? lol!), clearing out some lingering Shadows. The difference this time? I am doing the Work from the stance of being a Whole Soul, instead of a "fragmented" one.
I put fragmented in quotes because I never truly was fragmented, but that was a part of the Illusion I had to work through. I'll spare y'all the details right now, because I have a suspicion said details will wind up in the book I'm writing. ;-)

It hasn't been all Work for this Priestess, though.
I've also been engaging in some Deep Play: 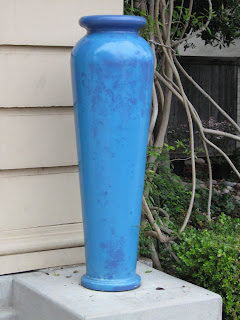 I went hither and yon in Balboa Park recently as part of a Scavenger Hunt. It was organized by this marvelous hippie. (No, I'm not telling you where this vase is in the Park. You'll have to find it yourself.) ;-) 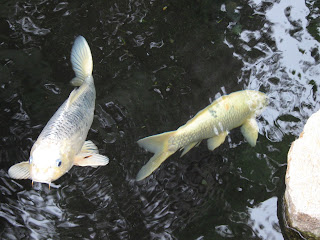 I never skip an opportunity to commune with the koi fish at the SRF Meditation Gardens. 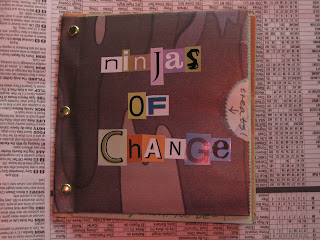 This is the front of my "altered art" book, which will be making its way to Canada shortly. I'm sending it along with the similarly created Canadian book that has been sitting in my house for way too long. ;-)
See, I have this very bad habit of getting away from a great source of Play - the creation of art - when I'm deeply engaged in gazing at my navel, aka "Doing the Heavy-Duty Work." As I refine myself yet again, I'm looking to bring in some more Play...and the Universe is becoming an excellent co-conspirator in the process! :-)

The first phase of the Cosmic Tsunami is passing. The Special High Intensity Transformation is calming down. I feel the Changes that have been wrought within me as an absence; something that was present in me is not, anymore. Rather than feeling this absence as a big gaping hole with jagged edges, though, I feel it as a gentle emptiness, waiting to be filled.
It will be filled, big time, over the course of these next two weeks. Can we say it's just about time for another serving of Beyond Awesome?
Happy dance!! :-)
Posted by Victoria SkyDancer at 4:42 PM